Where perfection is the only acceptable goal. 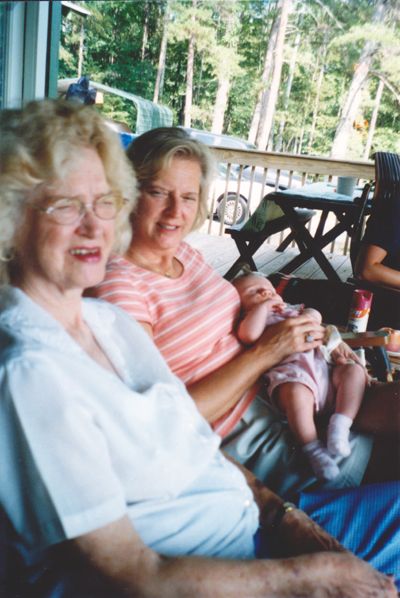 Let me tell you about a lady I discovered as a resident at Greenhurst Nursing Center in Charleston, AR. Sadly, I did not get to know her personally because she died shortly before we were in the home to conduct an evaluation of the home’s care and services. But I do know her story from her son Mark and the staff at Greenhurst and it is a remarkable story indeed.

What is most remarkable about Ms. Josephine’s story was her tenure as a resident at Greenhurst, a skilled nursing facility. Josephine lived to be 94 1/2; her last 17 years, following the loss of her husband, a stroke and a stint in a rehab facility in the early 1990s, were spent in the care of care of the Greenhurst staff, many of whom were there during her entire residency and grew to love her and think of her as “part of their family.” Her son Mark says that he often told his Mom that she “would never have gotten to see so many grand and great-grandchildren” if she had not decided on her own in 1995 that she wanted to move to Greenhurst.

Ms. Josephine died not long ago in a special room the staff made up for in her home of 17 years. After an 11-day decline, she passed surrounded by her loving blood family as well as her adopted caregiver family, who still mourns her passing and misses their 17-year resident, friend and “family member.”

As I said, Josephine’s is a remarkable story and a wonderful testament to what good care and service can mean to a resident and her family. Wow, 17 years! Let me know if anyone out there can top that for time in one skilled nursing facility. Sadly, it’s unheard of in my experience!

Our sympathies to the family but at the same time we offer our congratulations to them and the staff at Greenhurst for one resident’s remarkable story.

If you have questions regarding Medicare, Insurance or care, service or safety questions in long-term care facilities of any type, give us a call or drop us a note and we will try to address your question at no cost and in ‘real time.’ We want to help you make the best, most affordable long-term care housing decision for yourself or a loved one and to get all you are entitled to whatever your circumstances are. Now, this is FREE service you can count on, unlike those who pretend to be on your side when all the while they are taking money from the very facilities trying to get your business. We have no such conflict of interest—our ONLY interest is your interest because a better informed, information-armed consumer is the only way we can make long-term care in this country better for us all.”